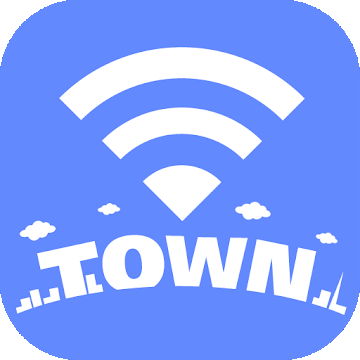 Japan was once notorious in the past among foreign visitors for its universal unavailability of free wifi services. Public wifi services were rare, and even when there was one, it was for paid members only.

For a comprehensive list of the articles I have written for foreign people living or traveling in Japan, see this article.

We recognized that is one major annoyance for visitors from overseas, which needed to be remedied so we could entice more visitors. We have come a long way in improving the situation. Free public wifi is still not everywhere; it is not like you can just walk for a few blocks and get free wifi outside a coffee shop, and it probably never will be, given our safety-oriented mindset. However, many kinds of organizations — convenient store chains, restaurant chains, municipalities, etc. — have implemented their own versions of public wifi systems. The problem is that they almost always do not allow you to simply connect to their hotspots; they require that you register with their services in advance and also that you input your login credentials in the browser when you try to connect. That’s a lot of work!

Enter TownWiFi. They provide an Android app and ‎an iOS app. The app first asks for a little bit of your personal information, with which they automatically register you with dozens of those free public wifi providers. The app shows you a map of nearby hotspots, and it automatically logs you in when you are close enough to one. What a life saver!

You can configure it to use VPN for added security when you connect to a hotspot by TownWifi. You could call it a limited form of VPN in that connections made through HTTPS are excluded and videos and/or audio streaming is excluded as well. But that is hardly an issue because HTTPS itself is secure enough and not much damage can be done by listening in or tampering with video/audio streaming. It is impressive that they offer this VPN feature for free for unlimited use. This feature is embedded in the Android app, but iOS users need to use ‎a separate app called WiFi Protect. I could not find any info written in English on how to use these two apps together but you can find instructions in Japanese in this article.

TownWifi cannot take care of the initial registration required for the wifi services for Shinkansen (Bullet Train) cars and stations. But once that has been taken care of, TownWifi should automatically connect you to those services.

Incidentally, they claim to provide info on hotspots in “USA, Japan, Korea, Taiwan, Hong Kong, (and) Macau,” although when the app shows it has support for other areas such as Europe as well. For global use, though, you might want to check out other options.

Now, the bar is definitely high for this one, but there is a paid service called Gigazo. They offer an Android app and ‎an iOS app. Their standard plan costs about 500 yen a month (~$5 USD/mo), but . That might cover your whole stay in Japan. Gigazo also provides VPN for connections through their hotspots, so that is good. One ID, namely one contract, allows you to use Gigazo on five devices simultaneously, which I find very generous. Update (April 2020): They revised their plans in December 2019, and all their paid plans are free for the first month only. The description above still applies to their Standard Plan (except for the duration of the free period). They now have other plans, e.g., a one-smartphone-only 200-yen (less than $2 USD) a month plan.

All this info is available only in Japanese and their English page shows completely different services. This might mean that they do not intend Gigazo, or its two-months-free deal in particular, for foreign visitors. I do not know.

By the way, I referenced the following article in writing this article.

In addition to the two services/apps above, the article also lists Japan Connected-Free Wi-Fi service. It is similar to TownWifi in its goals and scope, and has similar features. The site is offered by Japan Tourism Agency, but it appears it’s not like they run their own network of free public wifi services — they just list free public wifi services offered by various municipalities, which TownWifi does too, only more exhaustively.

The Japan Connected-free Wi-Fi app has a few notable advantages over TownWifi. One is that it supports as many as 16 languages for its UI language. Another is that it can allow you to download maps of hotspots for your use when you are offline. Personally I am shying away from it because its Android version has a low rating of 2.6 out of 5.0. Its reviewers complain that even though the app is supposed to let you auto log on to hotspots, but this automatic authentication process often fails. Plus it does not offer any protection by VPN like TownWifi does.