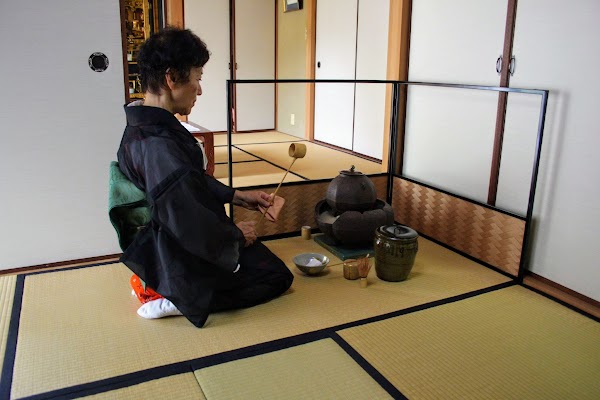 This article is based on the comment I gave more than five years ago to a photo a friend posted on Facebook, which he took during his stay with us in Japan. The photo depicts a scene from the tea ceremony he participated in, and someone said it was “Chado.” It should be “Sado” and I posted a comment to correct that.

For a comprehensive list of the articles I have written for foreign people living or traveling in Japan, see this article.

First off, it is not rare for Japanese words (or any foreign words, for that matter) to enter the English language with some alterations. For example, “Fuji-yama” is the word used in English to denote Mt. Fuji, but we never use this word; instead we say “Fuji-san.” Note the “san” here is not the usual postfix honorific, as in “Tanaka-san.” It actually is for 「山」, or “mountain.” Yes, 「山」can be read “yama” too, but when it comes to the names of mountains, we use the “san” reading.

The same phenomenon occurs when we borrow English words into our language. For example, we did not have the custom of high-fiving, but it was imported recently. But we do not say “high five”; instead, we say “high touch.”

The weird feeling you get when you hear people say “high touch” instead of “high five” is exactly the same kind of weird feeling we get when we hear someone say “Chado.”

Second, “Sado” is definitely the most commonly used term to denote tea ceremony. “Cha No Yu” works too, but from the Wikipedia descriptions , it is the term that was originally used but eventually fell out of fashion as the term “Sado” became more widely used. The term is supposedly still used in a certain school of tea ceremony, though.

Lastly, about the pronunciation of kanjis… Why is 「茶道」 read “Sado,” but not “Chado”? My short answer to this question is this: I don’t know; it’s just how it is.

You are right in thinking 「茶」 is generally read “cha” in Japanese, but in certain words, we read it “sa.” Another example that comes to my mind is 「日常茶飯事」. 「茶」 in this case is also read “sa,” but until taught so, we do not know that, and kids often wrongly read it “cha” in this word. This fact is used in fictional stories and jokes to imply someone’s lack of education by having him read it “cha.”