Functional Reactive Programming, or FRP is very hard for me to understand, as if functional programming itself was not hard enough. This concept is supposed to have been popularized by Conal Elliott. I tried to read what is supposed to be his seminal paper (“Genuinely Functional User Interfaces“), but it went straight over my head. He also gives an answer to a question on StackOverflow, “terminology – What is (functional) reactive programming? – Stack Overflow,” which is a bit approachable.

Cellx, which bills itself as “the ultra-fast implementation of reactivity for Javascript” is a whole lot easier to understand. “Building a Reactive App using Cellx and React | 60devs” But I can see it is reactive, but I don’t think it is functional.

Gun, “the database for freedom fighters” (often stylized “GUN” in official documents, but I will write “Gun” instead because I have not seen any proof or even indication that the word is an acronym) claims to support FRP because it supports “a code structure that emphasizes vertical readability by avoiding nested loops and callbacks.” Does this meet the requirement of FRP? It seems to mean that it only supports operator (function) chaining and I do not think that alone means it supports FRP.

IBM Cloudant, a CouchDB hosting service, possibly one of the very few remaining of the kind.

Barrel, formally known as RCouch, seems to add P2P and local data to CouchDB, but I cannot find any comprehensive documentation. I am not sure if it has been updated recently.

PouchDB, the JavaScript Database that Syncs! reimplements a lot of CouchDB functionality in JavaScript and syncs to CouchDB-compatible servers.

RxDB, a “realtime database for JavaScript applications” can use a PouchDB backend and sync to CouchDB-compatible servers. Actually, my impression is that this was made on top of PouchDB to add schema capabilities based on JSON Schema. The claim that it is “realtime” is a stretch; what it means is that queries are not one-off and can continue to emit events as data changes, which is conducive to reactive programming for the front-end. This reactivity comes from RxJS.

What is particularly of note about RxDB is that it has the leader-election mechanism. When you have multiple tabs on the same browser all of which communicate with a same remote CouchDB instance, their communication can be redundant if they are naïvely implemented. The leader-election mechanism can have just one RxDB communicate and remove redundancy. I do not think PouchDB has an equivalent facility. See also “Local-first database: RxDB + PouchDB | Jared Forsyth.com.”

Hoodie is a hosted frontend development service which provides the bakend via combination of CouchDB and PouchDB.

What I Wish They Had Told Me about GraphQL

It took me a long time to understand the benefits of GraphQL. The official website summarizes it on the front page as:

A query language for your API

GraphQL is a query language for APIs and a runtime for fulfilling those queries with your existing data. GraphQL provides a complete and understandable description of the data in your API, gives clients the power to ask for exactly what they need and nothing more, makes it easier to evolve APIs over time, and enables powerful developer tools.

I had a really hard time trying to understand what this means. 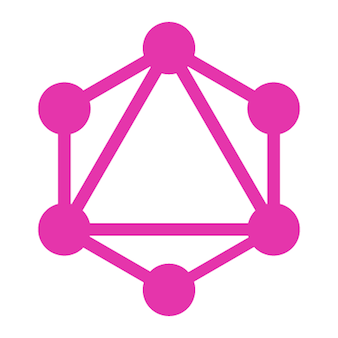 I had to read the following articles to get a better sense of GraphQL:

GraphQL as I See it

The fundamental assumption is that there already exists usable data from the beginning. Let’s call it “the original data.” GraphQL comes into the picture to add another layer with regards to the access to this data, which increases its utility. Potential benefits include: i) precise definition of the accessible data; ii) querying capabilities that yield just the data you ask for and nothing else; and iii) improved performance. The last claim can be true only in specific circumstances, which we will look at later.

One crude analogy could be made here, and that is that GraphQL is like SQL in that it provides data definition and querying, except that GraphQL is only added as an afterthought to a database that is already operational.

There is not any particular restriction or assumption on the means of data fetching between the GraphQL layer and the original data. The original data can reside in local files, local databases, or remote databases — or it can even be simple variables in the GraphQL implementation language (there are many).

Two Parties Involved in Use of GraphQL

The following two parties are involved in the introduction and use of GraphQL to the original data: the GraphQL Manager and the GraphQL User (my own terms, not the GraphQL developers’). Their roles are as follows:

Where GraphQL Is Inserted

In the typical scenario where a server holds data and clients request it, GraphQL is usually added on the server’s side, so the server can provide a better interface with querying capabilities to its clients. This seems what is usually assumed in the documents on GraphQL that I have read.

I do not think this has to be the only way, however. You could use GraphQL in a bridge to it. Or you could even use it on the client’s side. As long as the GraphQL Manager can implement the resolvers that fit the given scenario, you should be able to enjoy the benefits of GraphQL.

One of the purported benefits of GraphQL is increased performance. However, you have to note it applies only in the context where GraphQL is used to implement a Web API, and its performance is compared to that of a strict REST API (not a Web API in general), and also only when the GraphQL Manager carefully implemented the relevant resolvers in a performant way.

Generally speaking, increased performance is not inherent in GraphQL by itself, despite the impression that the documents on GraphQL might give you; it does not “come for free” just by using GraphQL alone. On the contrary, a naïve implementation of resolvers by the GraphQL Manager is likely to give you pretty bad performance.

The following resources helped me understand this issue:

Performance becomes an issue when the nested objects are allowed to be requested and are indeed requested. Let’s say you want a list of movies that match a certain criteria (say, older than 20 years), with the list of performers for each such movie. Nested objects will be returned to such a query, which are a list of movie data, with a list of performers for each movie. In the relational database terminology, there is either a one-to-many or many-to-many relation between the Movie entity and the Performer entity.

If this query is to be executed against a database server with a REST API, there will be N+1 sub-queries.

If the API is implemented in the strict sense of REST, then this is inevitable by its very definition. This is exactly what the REST architecture prescribes. In contrast, there is no such limitation to implementing a GraphQL-based Web API, so you can just provide one endpoint for handling all the GraphQL queries.

In GraphQL, a resolver is implemented for each field of an object type. In the scenario above, if resolvers for [Movie] and Performer(id) are implemented naively, then the there will also be N+1 resolver function invocations and the performance will be just as bad. However, unlike with the REST API whose architectural design decisions make this inescapable, there is room for performance tuning for GraphQL.

I do not know what kind of performance tuning methods are there, but memoization is definitely one of them. But more importantly, since this is such a common occurrence with GraphQL, there are already libraries to mitigate the situation. These include DataLoader (originally from Facebook, just like GraphQL is) and Apollo Data sources (see “ReactとApolloを使ってGithub GraphQL APIを試してみる – Qiita,” “世のフロントエンドエンジニアにApollo Clientを布教したい – Qiita” ). I have not looked into these so I do not know what exactly they do.

Addendum: Apparently I was not the only one to feel odd about that recommended design pattern not being automated. gajus/graphql-lazyloader: GraphQL directive that adds Object-level data resolvers addresses it. Also, “Moving OkCupid from REST to GraphQL” seems interesting.

For application development with React (also from Facebook), there is Relay — the production-ready GraphQL client for React.. A Japanese document explains using Relay with React and GraphQL. It deals with pagination and a similar discussion can be found in “Pagination | GraphQL.”

My Small Grievance about GraphQL’s Notation

In GraphQL’s schema definition, you can define object types and query types, among other things. An object type can have multiple fields (or “slots” in the Lisp nomenclature), and it means the said type is an aggregate of those fields. A query type definition seems to follow exactly the same format with an object type definition except the “query” and “type” keywords. However, the included fields of a query type do not constitute just one pattern of query as a whole.

Each field of a query type definition is an entry point of query, for which the GraphQL Manager has to provide a resolver, as we saw earlier.