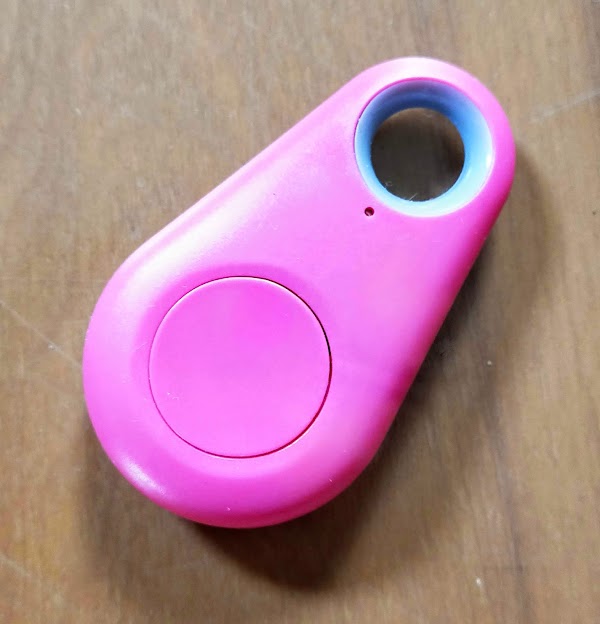 AirScreen (on Google Play store) is an Android app which acts as a receiver for AirPlay, Google Cast, Miracast, and DLNA. They have a YouTube channel.

The info of the app on APKMirror seems to suggest Android 4.2 and up. You could potentially turn your old Android device into a cheap Chromecast knockoff if it supports outputting video to an external monitor.

What is to note is that it supports Google Cast because we have not seen any Google Cast receiver apps recently. There was one called Cheapcast, but not any more. AirServer supports AirPlay and Google Cast too, but their commercial offerings are for Macs and Windows PCs, not Android devices.

I tried it a little, and my verdict is that it is not ready for day-to-day use. It freezes a lot, particularly when you switch the sender app. I am hoping the developers will remove those kinks soon.

Also, the whole screen ads are very annoying. You can remove them by paying, but they offer either a limited-time plan, or subscription plans (see image). When the subscription plan fees can easily surpass the price of a Chromecast, I doubt many people will choose to pay.

So unless and until more devices and operating systems support A2 functionality, it’s best to avoid purchasing any A2 cards. If you buy an A1 card, you’ll get better performance now, and quite possibly forever. A2 might not technically be marketing BS, but in the real world, I stand by my assertion that it still is. 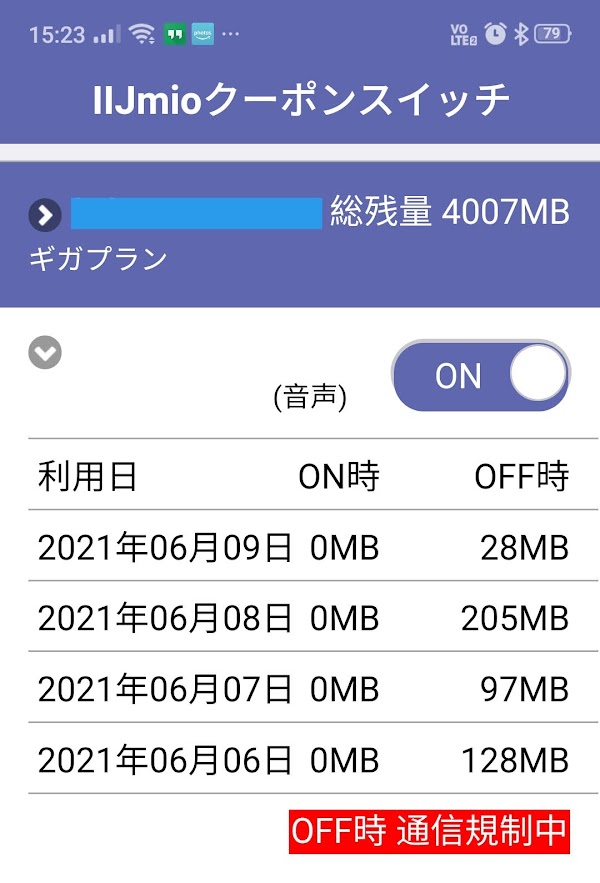 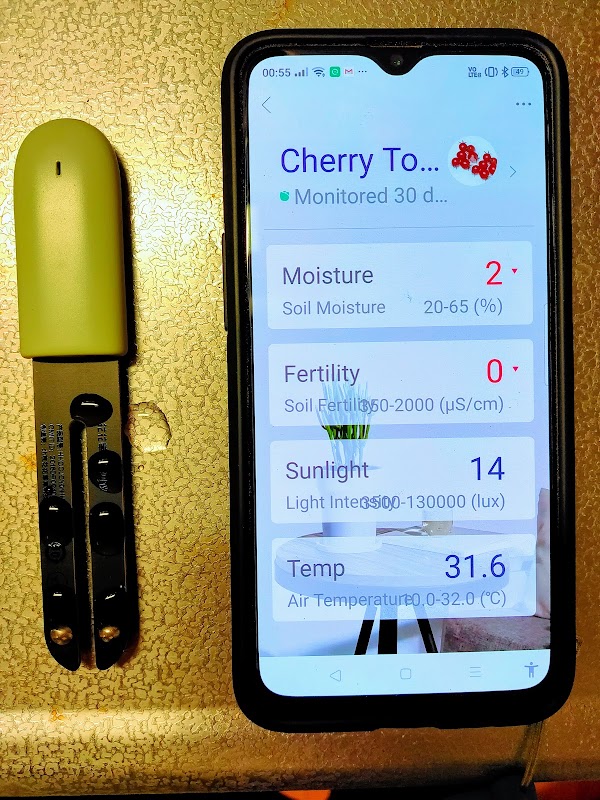 GitHub – merbanan/rtl_433: Program to decode radio transmissions from devices on the ISM bands (and other frequencies) 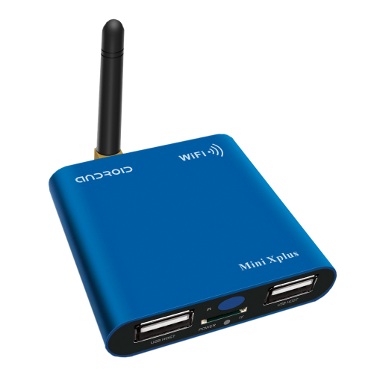 a thread on a Russian forum…包括的なんだが外部リンクがことごとく切れている。

“The Android installer is universal and automatically patches the image with the hardware settings copied from Android (script.bin and u-boot SPL memory settings).”

Gun — “the Database for Freedom Fighters”

This article is absolutely not finished. I’m publishing it anyway. I will probably take another look at Gun when it matures; this could be a total game changer in the field, but as it is now, it appears to be only for those who are willing to get their hands dirty and dive in the source code.

Gun, “the database for freedom fighters,” seems to be a nascent database system implemented in JavaScript. The feature set looked very appealing, so I’ve spent quite a lot of time trying to understand it, but now I am having doubts about its merits and maturity.

The company behind GUN raised more than $1.5M in 2018, so at least there was high expectations for Gun in the past. Has it delivered? That’s the thing — I’m not really sure.

Allegedly it has been used to make a decentralized version of the Internet Archive, accessible at dweb.archive.org; a decentralized variant of Reddit called Notabug; and Iris, a P2P social networking site. Some functionality of Hacker Noon is also supposed to be powered by Gun. These are good signs, although none of them is a well-known big-scale application.

At the same time, some software systems which allegedly employed Gun originally, no longer do seemingly. For example, D.Tube, a decentralized YouTube, as it were, seems to have used Gun in the past, now uses Avalon Blockchain as a database and IPFS as a static file storage. This might be a bad sign, when they once decide to use your service but quickly abandon it for a different one.

The offered documents are a complete mess. At least some of the contents are automatically extracted from their Github wiki. The search function does not work; you have much better luck with Github’s wiki (click on “Pages”). They are not well organized and relevant information is often scattered over multiple places, which makes it hard to find the information you are looking for. Some do not seem to be kept current; a portion of them was merely copied and pasted from chat exchanges elsewhere without much clean-up, and are thus rather hard to read and understand. There are a lot of dead links. Some talk about the features that have not been fully implemented, so what Gun offers now is not instantly clear. I wonder why they do not pay someone to get the documentation in order; they have the money — or at least did.

Chaingun is a reimplementation of Gun in TypeScript with SocketClustere. Not sure if it is actively maintained. Also, chain-gun-archived seems to be an old repository. I suspect the author chose to reimplement the whole thing because the documentation was weak and he had to go through the whole source code anyway.

You can specify a peer or peers to sync to when you create an instance of Gun object. Those peers need to be publicly accessible. What this means, I would think, is that you cannot sync between a Gun-powered browser app and another of the same kind, because usually these instances are not publicly addressable. PeerJS, a P2P library for JavaScript, in contrast, specifies your peer(s) by ID(s), so I would think it allows browser-app-to-browser-app connection.

Gun’s DAM (Daisy-chain Ad-hoc Mesh-network) is supposed to take care of creating and maintaining a mesh network of Gun instances. So perhaps browser-app-to-browser-app direct syncing can eventually be possible if each of them is configured to sync with a publicly accessible Gun instance. I just do not know for sure.

However, “Bug: Browser-based GunDBs are downloading all the datas. · Issue #714 · amark/gun · GitHub” might indicate that my understanding is not accurate. The original poster complains his browser app syncs more than he thinks it should with the Gun “server,” and nobody, including Gun’s author, contests that assumption. (BTW, I added a comment there.)

All the security measures embedded Gun are even harder to understand because of its P2P nature. “Data security” series, with about a minute-long video for each page, is informative, but really not enough for you understand the whole picture — at least not for me.

According to “Auth — GUN documentation,” Gun supports “a cryptographic identity backed by a public/private key-pair.” I wonder what happens when an “account” of the same username (“alias”) is created on two different Gun peers when they are not connected and they are subsequently connected. I posted a question to this effect on Stack Overflow but I have not received a response.

In reality, though, for any realworld applications, you are likely to want to use OAuth 2.0, with Google, Facebook and twitter being one of the service providers.
Integrating LINE Login with your web app | LINE Developers

“Does GUN have some form of ACL (access rights)?” in “GUN documentation“

It does not yet have a query language. GraphQL-Gun: A graphql API for the gun p2p graph database provides a GraphQL API. Other Gun-related software products can be found in “Awesome GUN · amark/gun Wiki.”

“p2p DB in JS using CRDT. That sounds a lot like GUN. How does OrbitDB compare t… | Hacker News” is a thread about OrbitDB, which we will see later, and it discusses mostly about its differences with Gun. There are some unkind comments about the creator of Gun. Some view them as mere baseless slander (indeed not much tangible proof is presented), but some criticize its poor coding style, or the poor quality of documentation. I cannot personally judge either about the former, but I do agree that the documentation is very often incomplete and unfinished.

What I have personally noticed is that

“p2p DB in JS using CRDT. That sounds a lot like GUN. How does OrbitDB compare t… | Hacker News”

Gun is a graph database. I don’t think Orbit uses a graph system, but instead uses feeds or KV stores. So that’s a another difference. But Gun can use IPFS as a storage adapter if you wanted.

To clarify here, OrbitDB’s core is an append-only, immutable log CRDT. While a mouthful, what is gives, is a distributed (decentralized) database operations log. Almost any type of database, or data structure, can be then built on top of that log. The log in OrbitDB is a Merkle-DAG [1], so, a graph.

Key-Value databases, feeds, and other data model types that OrbitDB supports by default, are all built on that log. You can also create your custom database types, ie. custom data models.

However, IPFS moved away from the Merkle-DAG and now uses IPLD.

The graph model Gun supports is rather crude. “Intro to Graphs” says this:

Note: We can have 1-1, 1-N, N-N relationships. By default every relationship is a “directed” graph (it only goes in one direction), so if you want bi-directional relationships you must explicitly save the data as being so (like with Dave and his kid, Carl). If you want to have meta information about the relationship, simply create an “edge” node that both properties point to instead. Many graph databases do this by default, but because not all data structures require it, gun leaves it to you to specify.

In other words, if you’d like to express a 1-N or N-N relationship in Gun, then you have to work extra. Also it’s entirely up to you to make it performant. This, at least to me, means the graph model Gun provides natively is quite rudimentary at best and not quite expressive enough. This makes a stark contrast with Neo4j.