Xiaomi Redmi 9T for A Friend in the US?

I am considering giving a Xiaomi Redmi 9T to a friend in the US (my private photo album regarding this handset; shared album compiled specifically for this friend). Why? She was very nice to me while I was there, and it is important for me to show my appreciation in a tangible form. From what I hear, Redmi 9T could be a good fit for her needs.

According to her account, her current phone happens to be showing signs of aging and, particularly, its battery does not last as long as before. I happened to have a few Redmi 9T’s that I recently managed to lay my hands on relatively cheaply. Now admittedly Redmi 9T is not the top-of-the-line model, but it is more than capable of handling day-to-day tasks. Plus it has a large 6,000 MAh battery.

GCam to the Rescue

Many people will place Redmi 9T in the lower middle range of all smart phones. With those models, they have to cut corners to make the price affordable, and what often gets neglected is the camera. Redmi 9T is no exception (but neither is any of the middle-range smart phones). Luckily, there is a remedial measure.

Google develops a camera app called GCam exclusively for its own Pixel-brand Android phones, but the app is ported by volunteers to other models, including Redmi 9T. I know for a fact that the ported GCam gives you a dramatic boost in the quality of image compared to that by the built-in camera app. See「GCam入れたらカメラ画質が別次元に向上。オートフォーカス、夜景、露出、低ノイズ」 for side-by-side (or more accurately, “top-by-bottom”?) comparison. You do not have to understand Japanese to see the differences. Whenever they show a pair of photos of the same object, the top one was shot with a built-in camera app, and the bottom one, by the ported GCam app. You will see the differences are not subtle, but rather dramatic. So Redmi 9T can practically have a better camera, and this is what convinced me that Redmi 9T is “present-worthy” enough.

I also have an ulterior motive — well, when I put it out there in public like this, I guess it is not really ulterior, so I am going to call it a selfish motive. Last year, I began to experience trouble accessing my online banking site in the US and the US Paypal site because I could no longer receive verification SMSes at my Google Voice number. It turned out they stopped sending verification messages to “Internet phone numbers” such as those provided by Google Voice. I have since devised a workaround and I can get by for now. I actually think this change is reasonable and generally a good thing for the US residents, but not so much for expats or myself. At this time, I still cannot use other services such as Venmo or Zelle, simply because I do not have a “real” cell phone number at which I can receive verification services.

So far, I do not need to start using other money-sending services. But in case I run into a situation in the future where I need to, or my US bank or Paypal starts to impose stricter restrictions, I would like to have the option of acquiring and being able to use a real US cell phone number. But that is not necessarily easy to achieve, because for that to work for my purposes, I will need the following:

All this cannot be done without help from someone who is physically in the US, except the first one. The remaining two are not necessarily easy. Some people never replaced SIM cards in their phone, but with a little instruction, many people will be able to. But the last one is not a trivial task. It may require some modest programming, and it is very difficult to do remotely, if not entirely impossible.

Luckily, Redmi 9T has two SIM card slots, and they can be activated at the same time. So she can use one for her own SIM card, and the other for my SIM card. If I set everything up before I send it to her, then she does not have to do anything except moving her own SIM card from her current phone to this Redmi 9T. It will be her phone, which she will use every day. So I can count on it that it is turned on pretty much all the time, and the battery gets recharged every time it gets low. This may sound trivial, but it really isn’t if I ask her to have a separate phone just for my own cell phone line, because it becomes additional work for her.

In “米サービスが本人認証のために送るSMSが受け取れる携帯番号取得法,” I looked at a few online alternatives, but I have serious doubts about their usefulness.

US Mobile uses services both on T-Mobile’s network and Verizon’s, while PagePlus on Verizon’s only.

US Mobile has this to say about the bands they use.

The bands supported on Super LTE are 2, 4 and 13 and along with these, the phone needs to be HD calling/VoLTE compatible and certified by Verizon.

“Cheat sheet: which 4G LTE bands do AT&T, Verizon, T-Mobile and Sprint use in the USA? – Business” shows not only the bands each carrier uses, but also which bands are more important for use on each carrier. So how will the Japanese version of Redmi 9T fare on T-Mobile and on Verizon?

T-Mobile would be a safer bet for her even from the LTE compatibility. In addition, with T-Mobile, you can fall back on 3G (WCDMA/UMTS). Verizon’s 3G is CDMA2000, which Redmi 9T does not support. US Mobile may not support Verizon’s 3G network, to begin with.

I need to make sure VoLTE is enabled.

You could hack the phone and enable some additional bands, but this is too tricky to try. The worst problem is that I cannot personally verify if the desired results have indeed taken effect from inside Japan. 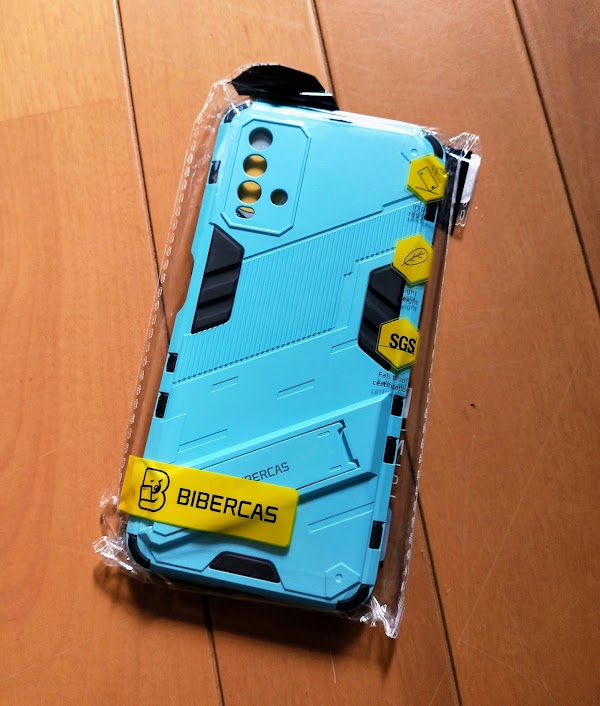 She wanted a flashy color so she can easily find the phone in her bag. 🙂

I purchased a cover with lanyard holes on AliExpress for ~$3. She chose the color by herself.

IMHO, everyone should use a cover with lanyard holes. If you always use a lanyard while handling your phone, by making your head, arm, hand, or finger go through it, it is practically impossible for you to drop your phone.

Other Nice Things about Redmi 9T

「Xiaomi Redmi 9T for A Friend in the US?」への9件のフィードバック