Installing euROM on Xiaomi Redmi Note 10 Pro and Rooting It

This article was originally meant to be part of “Installing euROM on Xiaomi Redmi 9T and Rooting it.” I was going to set up a Redmi 9T and a Redmi Note 10 Pro at the same time, but I changed my mind. I had to send the former to a friend in the US (shared album compiled specifically for this friend) and I did not want to make her wait for long. The latter was for my personal use so I put that one on the back burner. Actually I was hoping I would be able to have the Redmi 9T delivered to her by Christmas, but I failed because setting it up turned out to be a whole lot more involved process than I had originally thought. I am glad at least I could ship it out at least by the end of 2021.

Choice of Custom Recovery to Use

OrangeFox says in Build Notes of its official “mojito” build, “This Build should work fine on both ‘mojito’ and ‘sunny'”, but the code name for my Redmi Note 10 Pro is “sweet.” Miunlock app indeed identifies it as such.

Development – [DISCONTINUED][RECOVERY][UNOFFICIAL][ALPHA] OrangeFox Recovery Project [R11.1][sweet][sweetin][sweetinpro] | XDA Forums exists, but as it says, it is unofficial, supposedly in alpha quality and has been discontinued. Someone used it without any noticeable problem, though.

TWRP from TeamWin is a custom recovery OrangeFox Recovery is based on. TWRP does not support OTA updates and spells out why.

“Xiaomi端末のROM焼きの用語集 – ミ田ろぐ” has this ominous comment about custom ROMs for Redmi Note 10 Pro.

One thing I regret about setting up this Redmi 9T for a friend is that despite the fact I chose OrangeFox Recovery specifically for its purported ability to allow automatic system updating, it could not when I tried to have it do it. I do not know why. Perhaps it is because the OFR I used was an unofficial build; there is no official build for Redmi 9T.

Stock ROMs can be downloaded from Xiaomi’s site, but I took backups of the stock ROM by myself by using TWRP temporarily without installing it permanently (fastboot boot command). My primary objective was to save the stock recovery. The backups are made under /TWRP/BACKUPS directory of the external microSD card.

Then I followed TWRP’s installation procedure described in “Xiaomi Redmi Note 10 Pro,” which is essentially the following:

This alone did not work. “Xiaomi Redmi Note 10 Pro” actually has this to say in addition:

Note many devices will replace your custom recovery automatically during first boot. To prevent this, use Google to find the proper key combo to enter recovery. After typing fastboot reboot, hold the key combo and boot to TWRP. Once TWRP is booted, TWRP will patch the stock ROM to prevent the stock ROM from replacing TWRP. If you don’t follow this step, you will have to repeat the install.

This, however, still did not do the trick.

“Redmi 9T 日本版 各種カスタムROMインストール方法(注意点アリ) – ミ田ろぐ” shows how to install OrangeFox Recovery into Redmi 9T. It instructs you to flash OFR, boot into it, and then flash OFR again from OFR. I think I replicated the process with TWRP, but it still did not work….I do not think. I am not entirely sure if I followed the instructions to a T.

“Correct Way to Install TWRP on Redmi Note 10 | Redmi Note 10 Pro | July 2021 method – YouTube” shows installing TWRP from TWRP by executing a dedicated command for it provided by TWRP, not by flashing an image you choose. This is good to know.

At any rate, I decided that for now I will not install TWRP permanently.

Soon after I install euROM ver. 12.5.9.0, I found the announcement for MIUI 13 stable release, but as of this writing, it is available only for MI 11 (The announcement is very misleading).

Just as I did for the Redmi 9T for a friend, I installed Magisk v23.0 simply by flashing its zip file using TWRP, even though that is not the recommended method, as explained in “How to Install Magisk to Root or Customize your Android Phone.” 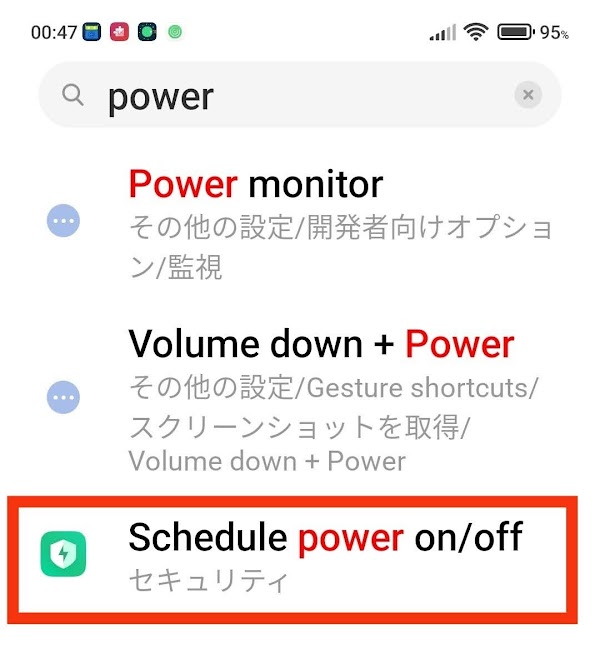 Scheduling automatic power on and off